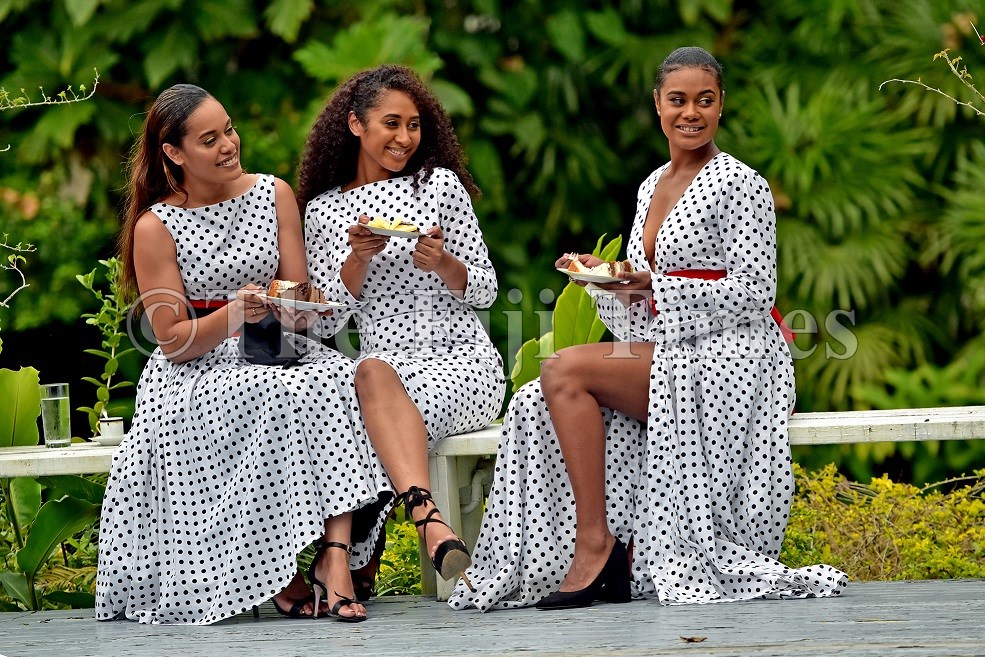 Models (L-R) Vuta Buatoka, Kolora Momoedonu and Remi Naqali during the launch of the Evolution of Fashion in Fiji show at the French Ambassador’s residence in Domain in Suva yesterday. Picture: RAMA

Organisers of the Evolution of Fiji Fashion show expect to collect about $50,000 which will go towards a major renovation and revamp of the Fiji Museum.

French ambassador to Fiji Jean-François Fitou launched the event yesterday at his residence, adding the gesture was about saying thank you to generations over the decades and the Fiji Museum for being the custodians of Fiji’s history.

Mr Fitou said it was really important for the people in Fiji, especially the younger generation, to know that there was a place such as the Fiji Museum which existed to enhance their knowledge about their history and the things that came with that rich history.

Fiji Museum director Sipiriano Nemani said their initiative was to spruce up the museum, not only for senior citizens of the country but also the children and youth with an objective to sustain the traditions, culture and heritage of the country.

“This fundraising partnership is the first in the museum’s endeavour. This is something new where we are engaging and partnering with the community and the people to assist us, which is an important aspect,” he said.

Mr Nemani said the idea of the museum started in 1904 so it was one of the oldest institutions in Fiji and the Pacific.

He said there was much to be done at the museum because they were aware people wished to see something interesting and inspirational to embrace as part of their culture and heritage.

According to Mr Nemani, the idea of a fashion show came about when they started to revamp a gallery at the museum displaying the attire and clothes worn by our ancestors in the colonial and pre-colonial eras so they decided to consult well known fashion industry stakeholders on how they could showcase this to the people.

“Our committee members came up with the idea of the fashion show.”

The committee is made up of Fiji Museum supporters and private citizens and according to organising committee member Aqela Cakobau, funds raised from the show will go towards revamping the inside of the museum and one focus area would be fashion.

The major tabua sponsor for the show is HFC (Home Finance Company).

Other sponsors include Digicel Fiji, John Sandy, the Thompson family of Nadi, the Kamikamica family, Victoria Wines and The Fiji Times, to name a few.