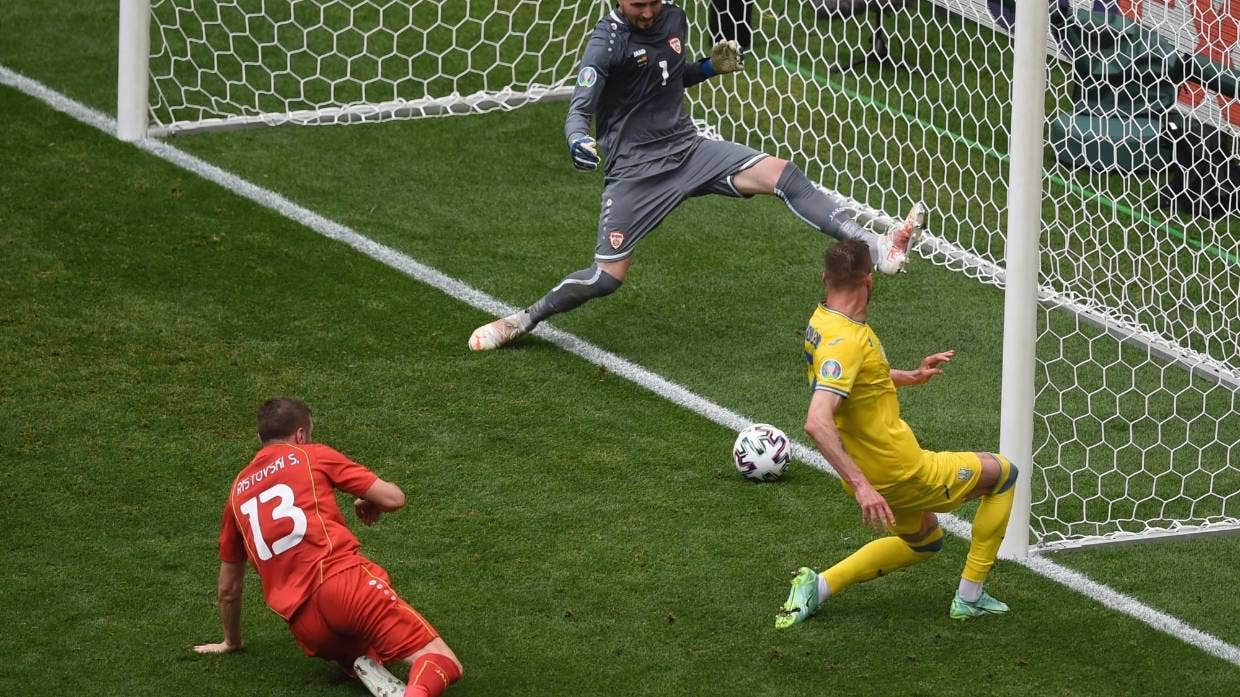 Andriy Yarmolenko and Roman Yaremchuk both scored again, and this time it was enough.

The pair of forwards netted a goal each in the first half on Thursday (Friday NZT) to give Ukraine a 2-1 victory over North Macedonia at the European Championships.

The same two players also scored in the team’s opening match at Euro 2020 on Sunday (Monday NZT), but that ended up being a 3-2 loss to the Netherlands.

Yarmolenko netted from close range in 29th minute after Oleksandr Karavaev’s flick from a corner. He then released Yaremchuk on the right flank in the 34th minute to double the lead with a low shot past onrushing goalkeeper Stole Dimitrievski.

The goals were separated by five minutes. Against the Dutch, they scored only four minutes apart.

“I’m pleased with the three points we have earned,” Yarmolenko said, thanking his coaches for trusting him after spending most of the season on the bench at West Ham.

“We can celebrate tonight, but tomorrow we’ll be preparing for the next game.”

The pair equalled coach Andriy Shevchenko’s record of scoring two goals at the European Championships. Shevchenko netted his in a 2-1 victory over Sweden when the country co-hosted Euro 2012, Ukraine’s only previous victory at the continental tournament.

“Today, we as the team played well in the attack,” Shevchenko said.

“It was a pleasure to watch. During the game we had a lot of chances to score more.”

Ezgjan Alioski got the only goal for North Macedonia in the 57th minute when he scored on a rebound after goalkeeper Georgiy Bushchan blocked his penalty.

The penalty was awarded after Karavaev brought down North Macedonia striker Goran Pandev, who was aiming for a rebound after Bushchan pushed a shot from Aleksandar Trajkovski onto the woodwork.

“Maybe we should have attacked more, but we found ourselves two goals behind, and when that happens, it’s difficult to turn the match around,” Alioski said.

Ruslan Malinovskyi later had a penalty saved by Dimitrievski on the other end. It was awarded for a handball following a free kick after a video review.

Ukraine now have three points in Group C while North Macedonia have zero and are facing elimination from the tournament.