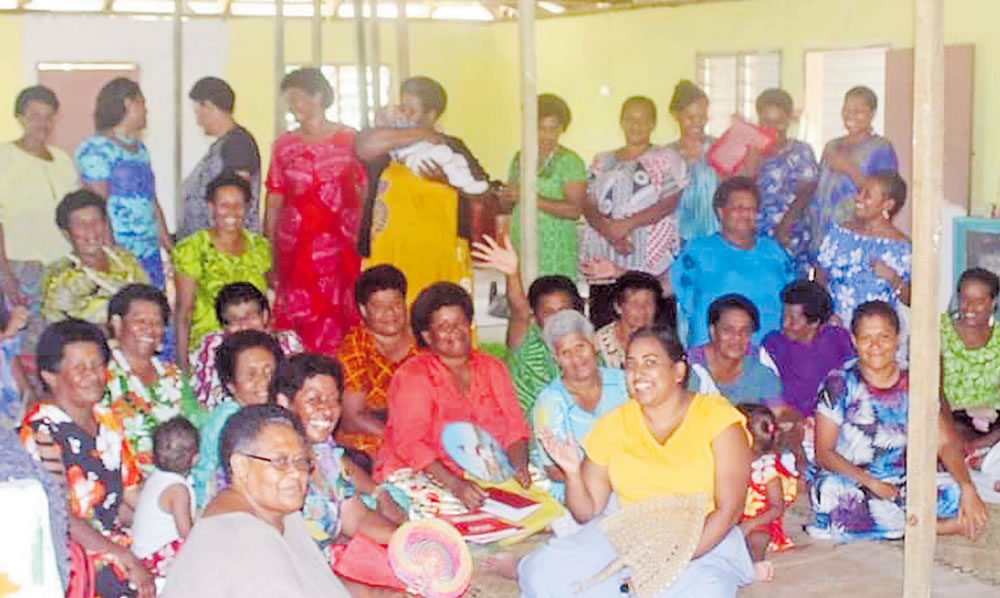 Fusion Hub is set out to reduce waste consumption but at the same time economically empower women, according to founder Sagufta Janif. Picture: SUPPLIED

Fusion Hub is set out to reduce the waste consumption and economically empower women. Founder Sagufta Janif is adamant to make that impact within the community having already assisted about 120 women.

She said she started the hub because she saw there were a lot of problems regarding irresponsible management or disposal of waste in the country. After witnessing the amount of rubbish scattered across environments locally, Ms Janif made the decision to change her own consumption behaviour.

“I thought to myself that I am part of the problem and if I don’t improve, I can’t expect anyone else to improve. So the idea came to me when I moved to Suva, I began creating furniture pieces for myself.

“I used old tyres, pellets and mattresses,” she said.

Ms Janif made her own sofa, ornaments, a bed and even a bed for her pet with more materials she collected.

It didn’t take long before her creations began to attract attention and people began to notice — leading to a new demand from family and friends opting to own some of her crafty creations for themselves.

“So from there, I just went on and I realised that it could be a good sort of business idea in terms of re-purposing waste into furniture. With a bit of savings that I had, I decided to venture into it and starting small scale.”

“So I’m a daughter of a single mother, I know the sort of challenges my mum had to face, the adversities she had to go through to raise my two sisters and I. You could see the stereotypical roles that are already set for women.”

She said for women to go beyond those stereotypical roles, was a big challenge and some people didn’t accept it.

Ms Janif said she went out to secure funding for her new found venture and explained to potential stakeholders of how all women could benefit from making furniture. She envisioned a direction to work with communities and create impact to assist women.

“I want to be able to empower young women and women of all ages to be able to create employment or an income generating opportunity for themselves. The idea was to go into the communities, train these women, and have them make the products. We include them as part of our supply chain.

“They could either form a co-operative or their own small business and then they feed into our supply chain.

Ms Janif said she worked with four different communities helping about 120 women, some of whom have set up their own small businesses.

“Some are part of their small community cooperatives and some actually worked for us before the pandemic, they were part of the main core Fusion Hub team.

“The pandemic however had halted most of their work and outreach they used to carry out in the communities. At the moment there were only three people looking after the core team.

“Before the pandemic we actually increased our team to about nine full-time employees.

“And we were working with our women in the communities who were supplying products to us for us to resell and we just gave them market access.

“It was going pretty well, we had actually secured a few really big orders, which unfortunately, got pulled back because we were serving mostly the tourism industry.”

Ms Janif says she is now planning to launch a Zero Waste Hub which would help create a more zero waste lifestyle.

“Zero Waste Hub is going to be virtual, it’s going to be a shopping space where you can buy things without the need for plastic packaging.

“For example, you bring in your own containers or bin, we’ll have a scoop there, so you just put things in your bin, weigh it out and you can take it away.

“So it sort of stops the waste production from the manufacturing point.

She also plans on having a mobile operation such as a truck shop, where they could take on house calls and allow people to come to them and do the refilling.

“Aside from the dried food items and stuff, we also have the sustainable zero items such as shampoo, conditioner, menstrual cup.

“So these are some of the things that we’re bringing in to really curb the overconsumption behaviour that we have.

“And a part of it is that we are now going to start providing training programs to women, especially digital literacy.

“Because previously, what we used to do is that we used to go and visit the communities and conduct the training program but now with the COVID-19 crisis, we’re not able to do that anymore.

Fusion Hub would likely be transformed into business advisory — or coaching and mentoring for small businesses, Ms Janif explained.

“We’re going to help them market their product and to help the cooperatives and the community based businesses to get market access.”

She said this was what they were diverting towards.

However running the business came with its challenges as they had to pull down their E-Shop because they were not in production nor were they making any sale at that time.

“Our Zero Waste Hub is going to be online, we’re planning to launch it, hopefully in October.”

One of the major issues they faced before the pandemic was accessing international markets.

Ms Janif said they had a lot of international demand however they were not able to use the Visa cards to make payments.

“We were able to get online transfers, and all those things facilitated, but sometimes you lose the customer, when you have longer payment processes, because they have to do the payment to the bank, and then they have to send us a transfer slip, and then we approve it.

“So it’s a longer process rather than the normal, not like how we buy things on eBay, it’s very instant.

“But we were able to work around it but it definitely is a challenge in terms of getting new customers to convert.

She said to capture the customers in an instant the process needed to be seamless.

Since running her business Ms Janif noticed a change in consumer behaviour.

She said people were now more accepting and concerned about the environment.

Ms Janif’s work was noticed by the Mai Life Magazine’s ‘30 under 30’ recognition and received awards, such as the Women in Business Awards for the aspiring entrepreneur of the year in 2019 and the Commonwealth Young Person of the Year for the Pacific Islands as well — as being part of a series of training programs such as the Fiji Enterprise Engine to name a few.