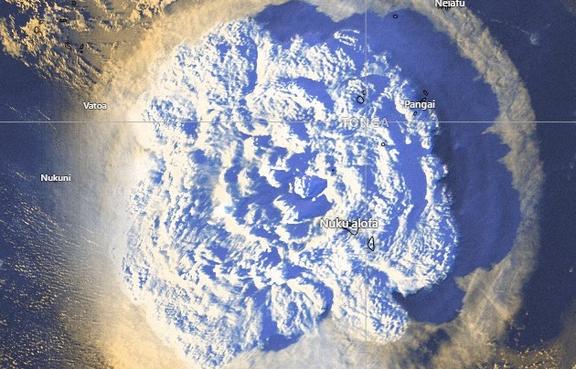 The revelation that sulphur dioxide (SO2) concentration in the atmosphere had increased overnight, which could result in acidic rainfall over the Fiji group, is cause for concern.

This was confirmed by the Department of Environment yesterday based on the satellite image data. Members of the public are being urged to cover all household water tanks and stay indoors in the event of rain.

It said it continually monitored the air quality in Fiji, following the Hunga-Tonga Hunga-Ha’apai volcanic eruption in Tonga over the weekend.

It rained in the capital, Suva yesterday. It was overcast throughout the day. When it rained, unfortunately there were some people still out and about in the downpour.

This is why we must adhere to good advice, and be aware. We were told that the Department of Mineral Resources would need time to liaise with a number of agencies before warnings or alerts are issued.

That’s the word from acting Prime Minister and Attorney-General Aiyaz Sayed-Khaiyum. He made the comment after being quizzed on the delay in issuing a tsunami warning in Fiji following the underwater volcanic eruption in Tonga on Saturday. In hindsight, the National Disaster Management Office (NDMO) issued a public advisory after 7pm on Saturday, two hours after the volcano erupted.

While many found out about the volcanic activity on social media, just as many thought the explosions were thunder. Many living in coastal communities were also unaware the volcano was erupting – until tidal surges entered their communities. Mr Sayed-Khaiyum said the Mineral Resources Department was in close contact with seismology experts in New Zealand.

The department, he said, was in contact with various other international agencies for assessments, adding that it required very “sophisticated equipment to predict these things as to when it would occur”.

“It is not our ability to say that this will happen in the next hour and that is something the experts will tell us, so this is why it is critically important to keep the radio on as all messages, as and when needed, will be given on the radio,” he said. On reflection, we live and we learn.

Clearly we must make a concerted effort to be more vigilant and processes and systems must be geared up to be a bit more receptive, and quick in response in the future.

Mother nature can be quite unpredictable and unforgiving. However, our processes and systems must quickly be geared up to warn Fijians of looming danger.

Let’s learn from the lessons on Saturday!