COVID-19: Our lives matter – Sadly, we have not been heard 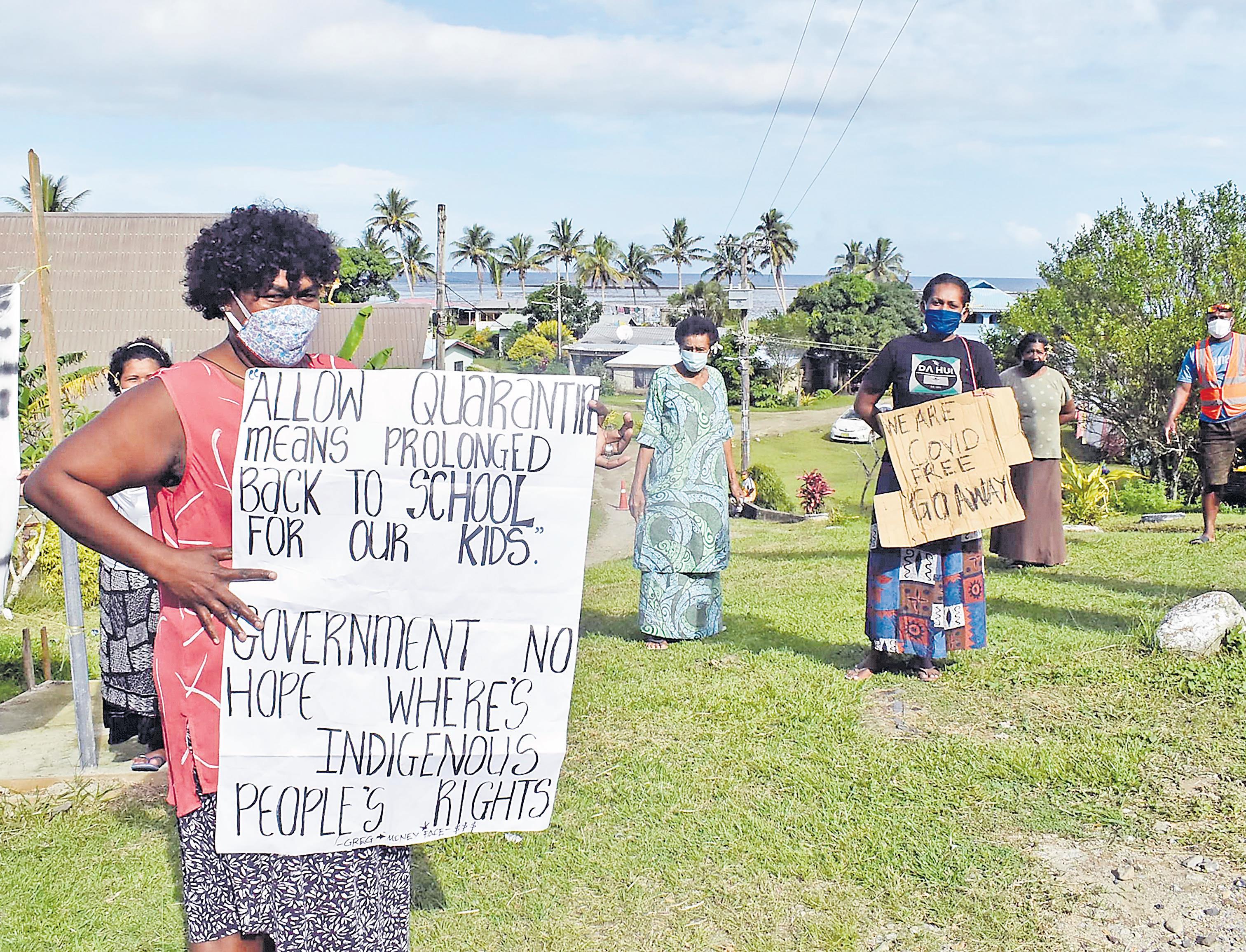 The political parties not in Government have raised their concerns with Government on its management of the crisis numerous times.

But sadly, we have not been heard.

Although we are pointing out the realities on the ground, our views are dismissed as political.

Government has refused to work together to bring this suffering to an end.

The cries of the people are getting louder by the day.

Some people had to take to the streets to get a response from Government.

When the number of cases in this second wave is spiraling to new records, Government is carrying on if nothing is happening.

Worse still, it is now blaming the people for the deepening crisis.

In this dangerous environment, it is essential that we engage directly with the people.

I was therefore pleased that we launched, last Saturday, the first People’s Conference through a virtual panel discussion with the leaders of most of the parties not in government.

There were two aims of the conference.

The first was to listen to the people.

The second was to collectively develop solutions to ease the suffering of the people.

There were three plans that we wanted to initiate at the conference — a clear plan to defeat the virus, a plan to ease the suffering, and an economic plan to restore livelihoods.

I believed that we achieved our aims.

The Conference was followed by close to 20,000 people.

Principles of a good economic plan

At the conference, I articulated an economic plan to restore livelihoods as soon as possible.

A credible economic plan should fulfil the three principles of effectiveness, fairness, and inclusivity.

Effectiveness means that the plan will solve the problems that it was meant to solve.

It requires the plan to be anchored in economic logic.

Fairness means that the plan should benefi the intended beneficiaries.

Inclusivity means that it will reach, not only some, but all that the plan is intended to reach.

An excellent illustration of the three principles is the Bainimarama Boom (BB).

The Minister for the Economy boasted of consecutive years of growth.

However, we, and I hope the Minister for the Economy, now realises that because the BB was built
on higher government spending, it was not sustainable.

The BB was never grounded in economic logic.

In addition, the BB was not fair because I believe it benefited the rich more than the poor.

It was also not inclusive as the benefits did not reach everyone.

I articulated in the conference, three phases of my economic plan to restore our livelihoods as soon as possible

Realistically, it will take some time to get back to where we were before COVID-19 struck.

But a clear plan based on the three principals will get us there as quickly as possible.

Due to space constraint, I will discuss in this article only the immediate phase of my economic plan which is to redirect sufficient resources to fund the plan to stop the virus and the plan to ease the suffering of the people.

Redirect resources to save lives

We must realise one important thing about this crisis.

It is foremost a health crisis.

Therefore, solving the health threat is a prerequisite to everything else.

How fast we rid Fiji of the virus will determine how fast tourism recovers and business and consumer confidence returns.’

We therefore must put our best minds together to find the financial resources necessary to stop the spread of the virus.

There are many questions that Government must answer to the people.

For instance, what was the plan to stop the spread of the virus when it started?

The night speaker now says that herd immunity is the plan.

This plan only emerged when government had lost control.

Couldn’t a lock down in hot areas with smart arrangements for access to essential supplies minimise the number of cases?

Given that the Government has lost control of the situation, I believe that vaccination is our only hope.

There is a lot of resistance to immunisation in Fiji.

We therefore agreed in the Conference to help promote awareness of the vaccines and all its related issues, something that the Government should have mounted three months ago.

To accelerate us to the level of herd immunity, I suggested that we offer incentives to get people immunised.

Redirect resources to ease the suffering of the people.

We all know the devastation that this crisis is wrecking on our lives.

As the crisis drags on, the financial impact of the crisis is unravelling.

Utilities are being disconnected for nonpayment of bills.

The landlords are demanding their rents which may be in arrears for many months.

The banks also need their pound of flesh.

People risk losing their assets including cars and homes.

Therefore, the second component of my economic plan is to provide more relief to the people.

The Conference was unanimous that the government assistance was inadequate and unfair, and the distribution of food rations was better left to the NGOs who were doing a far better job in helping the people.

Where is the money

I can already hear readers ask, where is the money?

We all know that the Government is already scraping the bottom of the barrel as debt spins out of control.

But I assure everyone that Government has the money without borrowing, if it has the will.

There are two sources of funds.

The first are cash grants and aid-in-kind from donor partners.

While this is already happening, we can get more if we introduce more transparency.

First, for greater accountability, the assistance must be provided through the budget allocation and processes.

Second, for greater transparency, a report of the use of all donors funding must be tabled in Parliament at every sitting.

Third, the Auditor General should audit these funds in a timely manner.

The second and most important source of money is from the reprioritisation of government expenses.

Based on my experience as permanent secretary for Finance, I am confident that if Government undertakes this reprioritisation honestly and diligently, we will have adequate funds to stop the virus and help the people, with some change left over.

In this crisis, I have not seen any sign that the Government is serious in cutting wastage and reviewing expenses.

It is business as usual when people are scavenging for food.

These are the areas that Government can find savings from:

In summary, Government must take decisive actions at a time like this. Hesitation will not help us. Ambiguities will not help us. We have the money if we are serious about stopping the virus and helping our people. Our lives matter.