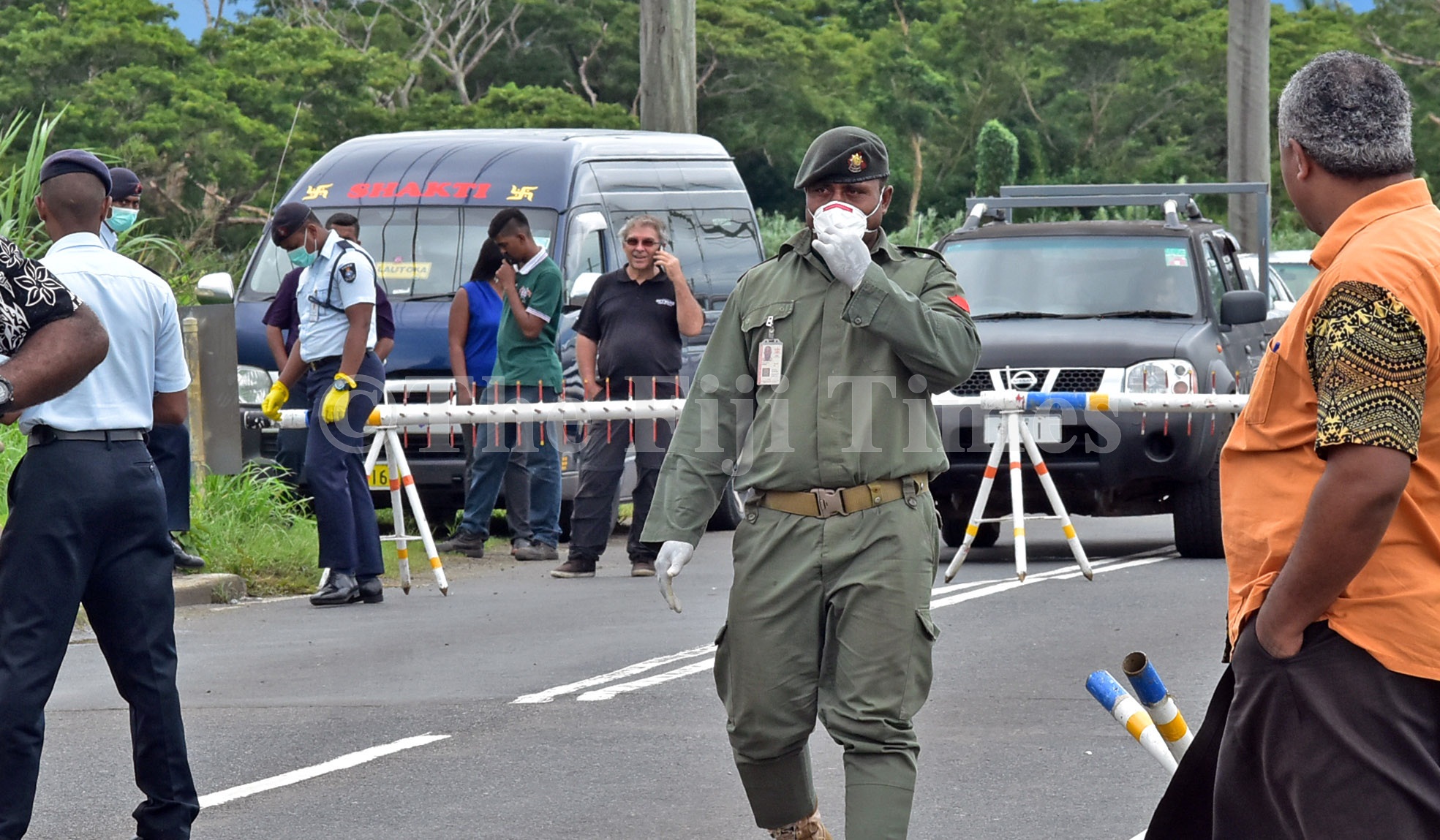 Police Commissioner Brigadier General Sitiveni Qiliho said he had sought the assistance of the RFMF to increase the monitoring of people who were trying to bypass borders and checkpoints in Lautoka. Picture: BALJEET SINGH

Fiji’s Commissioner of Police Brigadier-General Sitiveni Qiliho says the high number of arrests made during the curfew hours from 8pm to 5am this morning is a shocking sign of disobedience in a time where everyone is needed to listen, obey and comply.

Brig-Gen Qiliho made this comment as he reported the arrest of 123 people during the nationwide curfew hours, and included a church pastor who allegedly conducted a wedding ceremony in Nayavu Village resulting in the gathering of more than 20 people who were arrested after they were allegedly moving around during curfew hours.

Three arrests were made on the island of Rotuma.

According to Police, the Eastern Division recorded 41 arrests, 40 in the South, 31 in the West, seven in the Central and four in the North.

“There’s no excuse for anyone to be still found breaching the curfew hours. People need to realise the seriousness of the situation that we are in as a nation and stay at home unless it is an emergency situation,” Brig-Gen Qiliho said.

“The fact that another 123 people have shown that they are not willing to comply with the curfew restrictions is a major concern.”

Those arrested from last night till this morning will be produced in special court sittings all around Fiji.

Reality of the matter … Fiji government revenue to drop by $1.5bn; 500 businesses could file for bankruptcy

We thought too big, Renault says as it axes 15,000 jobs in cost-cutting reboot