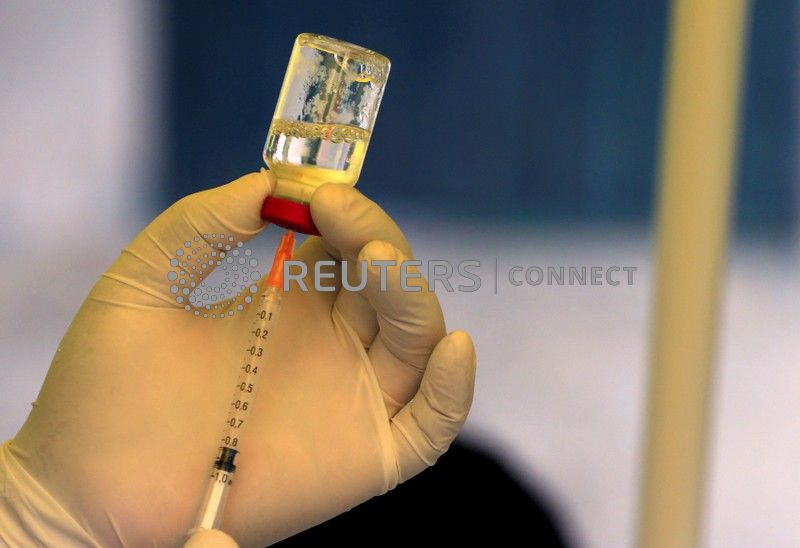 A Ugandan health worker prepares to administer the ebola vaccine to a man in Kirembo village, near the border with the Democratic Republic of Congo in Kasese district, Uganda June 16, 2019. REUTERS/James Akena/Files