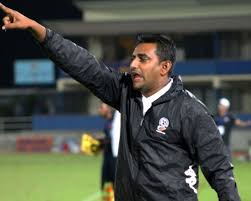 This was confirmed by Lautoka Football boss Shalendra Prasad.

According to Prasad, Kumar had a verbal dealing to coach the Blues for the Courts Inter District Championship with an extension for the rest of the season.

Prasad said assistant coach Anginesh Prasad had been appointed as acting head coach of the Blues.

Lautoka will take on Labasa in the Vodafone Premier League at Subrail Park on Saturday.

It will be a repeat of the IDC final earlier this month where Labasa edged Lautoka 2-1 to achieve its back-to-back titles.