Cikamatana is not “just any athlete”: Rodan Jr 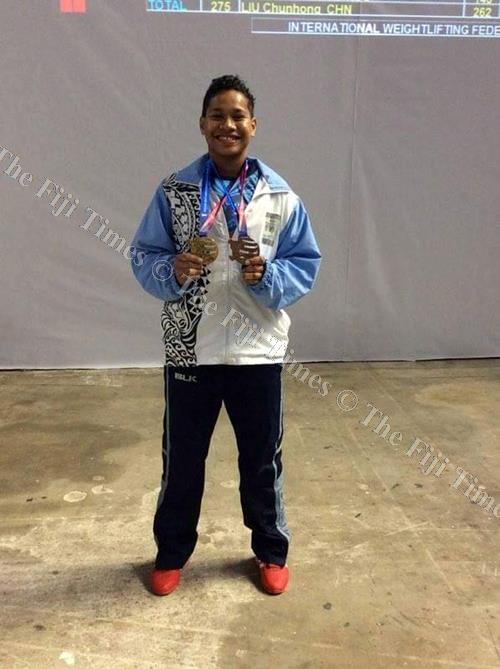 EILEEN Cikamatana’s success last weekend at the interstate weightlifting tournament between ACT and New South Wales in Sydney, Australia, has stirred up reactions on how her case was handled along with some elite weightlifters during the Fiji weightlifting saga.

Her record-breaking performance last weekend has awakened calls to re-look at how Fijian authorities handled the saga, which resulted in her exit with fellow Levuka Weightlifting Club members from Fiji Weightlifting Federation (FWF).

Competing in the 81 women’s kilogram division in her first appearance in Australia after receiving Australian residency, Cikamatana succeeded with six out of six lifts, snatched 118kg and clean & jerked 150kg for a total of 268kg last Saturday in Australia.

Looking at the International World Federation ranking list, her performance last Saturday would rank her in the 81kg category No.1 in the World junior rankings by 51Kg and the world senior level she would rank first also by 18kg, said Australian Weightlifting Federation president Sam Coffa.

Unfortunately, the record-smashing lifts she produced could not hit the record books because of the standard of the event.

But the results produced by this Taviya, Ovalau lass, who won the Commonwealth Games gold medal last year, have gone unnoticed here.

“Eileen is not just any athlete,” Rodan Jr said.

“She’s basically the number one athlete in the world in her category,” Rodan Jr said.

“Although no athlete was bigger than the sport, in this situation, special arrangements should have been done to safeguard the interest of the athlete.

“Right now, she is the best in the world, and we should treat her like the best in the world. All Fiji’s investment in this athlete, from the national federation, the Bainimarama Government through the Fiji National Sports Commission and FASANOC which again – a good amount of funds was from Fiji National Sports Commission, all wasted and now Australia will pick her up for free without breaking a sweat.

“All the bodies involved could have come to an understanding that regardless of what happens over there.

“She is still an elite athlete who we will protect.

“If the sport does not support her, she is still funded or whatever. At the end of the day at that level, it is no longer about the federation, it’s about the nation.”

Coffa said Cikamatana’s performance last weekend was among the best he had noticed in his association with the sport.

Fiji Weightlifters Association president Peni Tawai has been calling for Government assistance to get the champion weightlifter to help Fiji in the next Olympics.

Wheels fail to turn on barrows