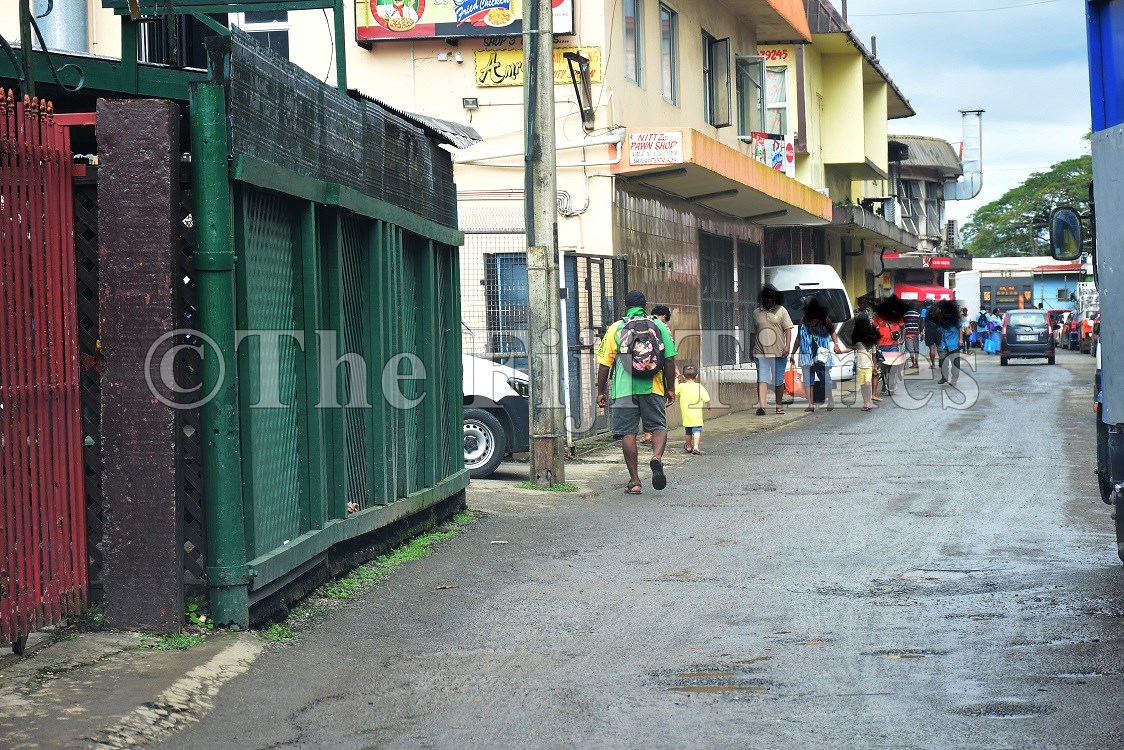 This is what Nausori business owners claim is happening in the urban centre which has been overrun with criminal activities — and “nobody is doing anything about it”.

A businessman who spoke to this newspaper on the condition of anonymity claimed police had turned a blind eye to the issue.

“The police in Nausori know about these problems and they are not doing anything about it,” he said. He said the issues highlighted had been ongoing over the past 10 years.

“This is not new and because it has not been addressed, it has gotten worse.

“They are entering our shops and are harassing customers, sometimes they swear and force them to give money.

“The ones that do get arrested, they don’t get charged because we see their faces on the streets again.”

The trader claimed the streets of Nausori were being used by young girls engaged in prostitution.

“Chasing them is not the solution, they need to be apprehended and charged for all these things.

“We now fear for the safety and lives of customers that come daily to our shops because sometimes they come in and punch our customers.

“They hassle people in the streets and they rob people in broad daylight.”

A billiard shop owner for the past five years also shared similar sentiments.

“I have gone to the police station so many times and I’ve called them numerous times but nothing is being done,” he said.

“I told them that a man who has been drinking from last Saturday in town is still wearing the same suit today (yesterday).

“We had complained to police but nothing is being done, they just let him loiter in town.

“If we need to make this town a safe place then we will need to work together.”

Police spokeswoman Ana Naisoro said last month a special operation was conducted in Nausori Town. She said tents were erected within the town area and close monitoring of suspected illegal activities was done.

Ms Naisoro said none of the issues highlighted in this article were raised directly to police.

“There have been arrests made with regards to drug-related activities and suspects have been produced in court,” she said.

“We do, however, urge the business community if they have any issues to directly liaise with police because we need to be working together. We will continue to take proactive measures.”