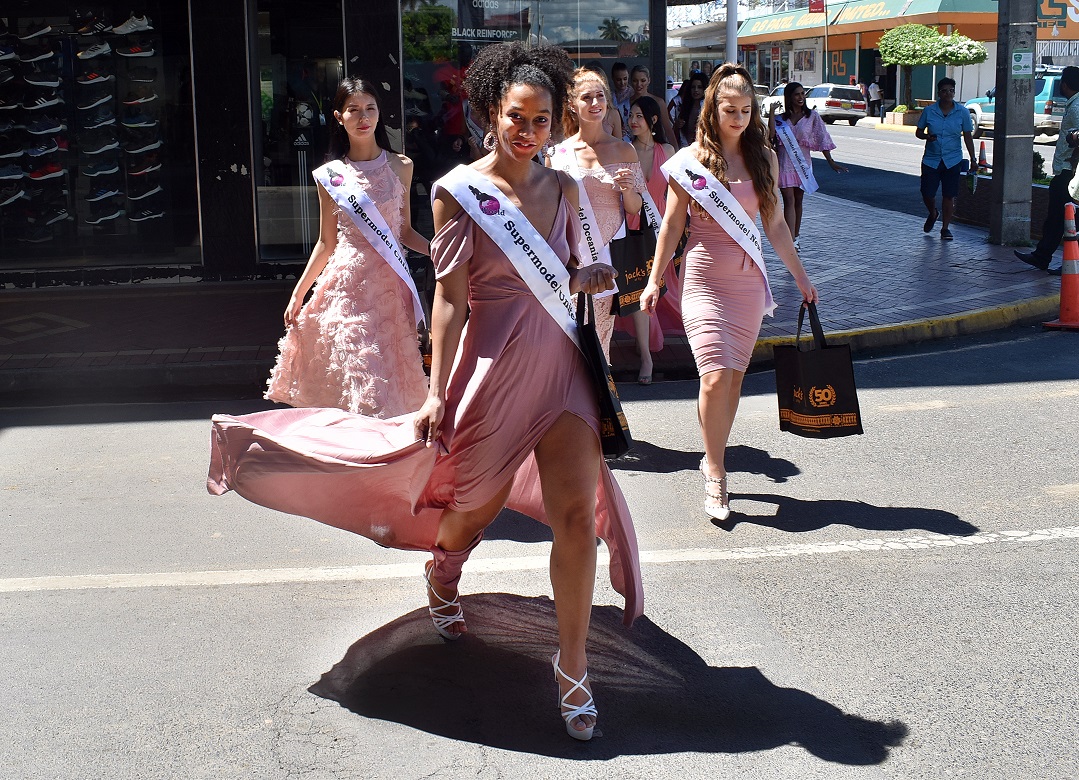 LEIGH Hutchinson has never been to any place in the Pacific.

Growing up, the lass from the United Kingdom had heard quite a few stories about beautiful islands in the Pacific region and it had always been her dream to travel to the place someday.

So it happened that at the age of 30, her dream was fulfilled when she joined supermodels from around the world to the World Supermodel Pageant at the Pearl South Pacific Resort last week.

The 30 hour journey was tiring and during the flight, she had wondered when she would get to finally set foot on the new place she had never been to, a place thousands of miles away from home.

She had travelled extensively to other countries during her nine years as a model in the UK but this journey is a totally different one for her.

At the Nadi International Airport, she was treated to a warm Fijian welcome with other supermodel contestants.

“It took 30 hours to get here but when we got off the airport, we were tired,” Ms Hutchinson said.

“We got in and there were three men singing and saying bula, the tiredness just went away.

“I seem blessed to be here and I love every moment of it.”

The UK model with connections to Jamaica said the smiles of the Fijian people touched her a lot since her first arrival on bula land.

“I loved the smiles of everyone, if I could get the opportunity to do so, I will just take pictures with everyone who smiled at me. “Everyone I meet is always smiling; I would take back with me the smiles if I could.

“It’s just lovely to see everyone we go past smile at us and it is such a rare scene we see in countries we live in.”

The supermodel pageant had just opened doors to the 30-year-old model to let her family know about the warm and loving touches of the Fijian people and she hopes to return in the near future with her family on a holiday.