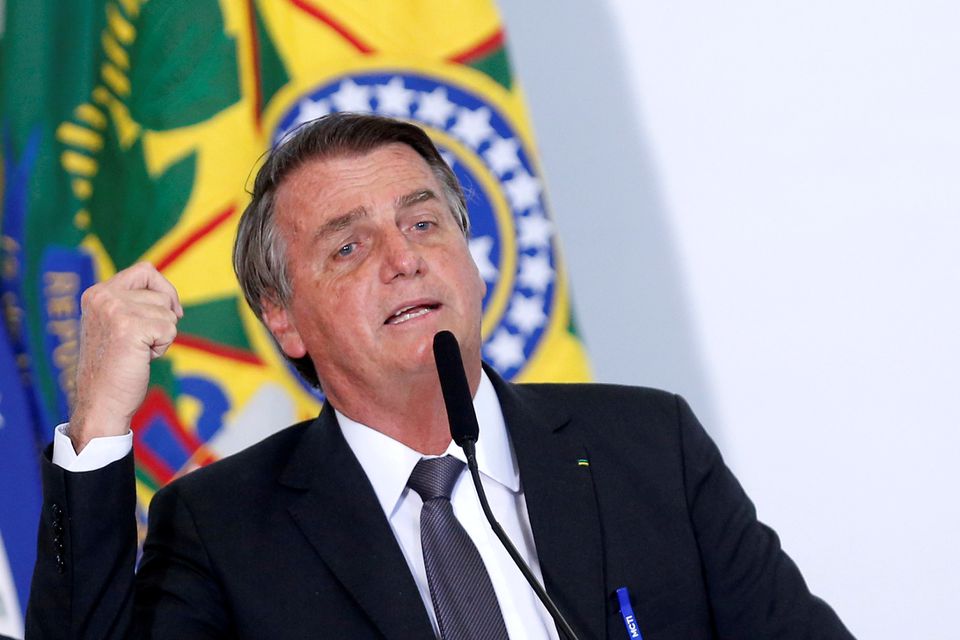 Brazil's President Jair Bolsonaro speaks during a ceremony to sign a law for the privatization of state-controlled electricity utility Eletrobras, at the Planalto Palace in Brasilia, Brazil, July 13, 2021. REUTERS/Adriano Machado/File Photo

Government supporters rallied in several Brazilian cities on Sunday to call for changes in the country’s electronic voting system, which far-right President Jair Bolsonaro says is not trustworthy.

Bolsonaro has increasingly insisted on the adoption of printed ballots that can be audited, a mixed system in which electronic urns would also print out receipts that can be counted if any result are challenged.

In a video projected to demonstrators in Brasilia, Bolsonaro repeated a warning that elections will not be held next year “if they are not clean and democratic.”

“People who say electronic voting is safe and subject to audits are liars,” he said.

Bolsonaro claims that the electronic urns have allowed electoral fraud, though he has failed to provide evidence of such cases.

Brazil’s top electoral court and members of its Supreme Court say there has not been fraud in the electronic voting system, which they say is efficient and can be audited.

Critics say that Bolsonaro, like former U.S. President Donald Trump, is sowing election doubts to pave the way for him not to accept defeat in 2022.

With his popularity falling after overseeing the world’s second deadliest coronavirus outbreak, opinion polls show he trails former leftist President Luiz Inacio Lula da Silva, though neither of them has officially announced they will run.

A Congressional committee will vote this week on a bill proposing the paper ballot, but it is expected to face defeat.