Big Ten to start its college football season next month 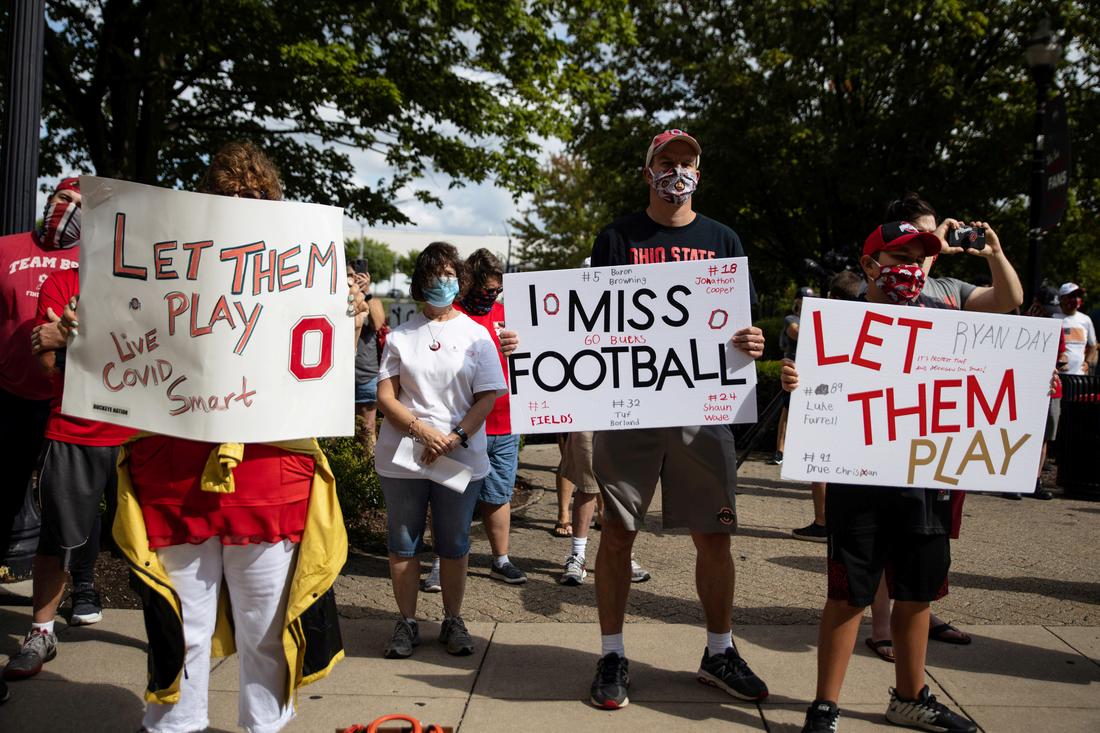 (Reuters) – The Big Ten Conference changed course on Wednesday saying there will be college football this year after having earlier postponed play amid the novel coronavirus pandemic.

The Big Ten, which includes football powerhouses Ohio State and University of Michigan, said it will begin play the weekend of Oct. 23-24.

Under pressure from student athletes, coaches, politicians and fans to get back on the field the Big Ten joins the SEC, ACC, Big 12 and other conferences along with the National Football League which have already begun play.

From the White House to college campuses, word of the Big Ten’s decision was greeted with cheers even if games are expected to be played without fans in the stadiums.

U.S. President Donald Trump, who had repeatedly pressured the conference to play this fall, welcomed the news.

“Great News: BIG TEN FOOTBALL IS BACK,” tweeted Trump. “All teams to participate. Thank you to the players, coaches, parents, and all school representatives. Have a FANTASTIC SEASON! It is my great honor to have helped!!!”

The Trump campaign hailed the Big Ten’s decision as another sign that the country is reopening safely and life is returning to normal.

“College football is an enormous part of fall Saturdays for millions of Americans, and it is coming back, thanks in no small part to the leadership of President Trump,” said Trump campaign manager Bill Stepien in a statement.

The Big Ten said decisions on other sports, including men’s and women’s basketball, ice hockey, swimming and diving and wrestling, will be announced shortly.

For many Big Ten supporters like John Lishok, a Penn State fan who has had season tickets for the Nittany Lions for 25 years, the announcement was a case of better late than never.

“Happy it is going forward but the entire process was maddening and delayed,” Lishok told Reuters. “Pressure and criticism, I believe, drove the administrators to revisit the situation especially since other conferences have started playing and games are being televised.