Back in history: Workmates help out 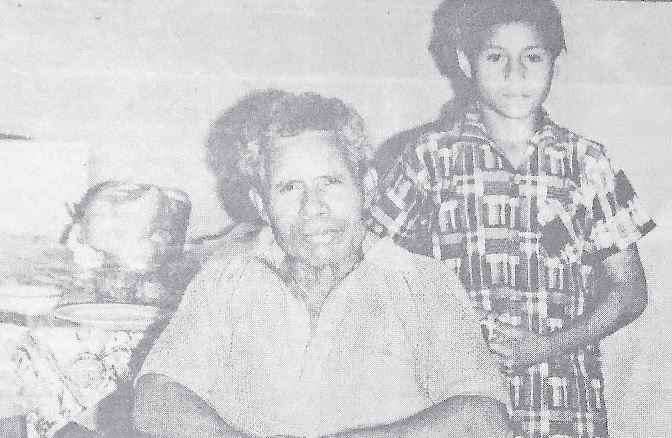 John Hale and his son Joe at their home in Raiwaqa in January, 1979. Picture: FILE

Workmates of a former fitter for an oil company who broke his spine three years ago has been helping out the family of their workmate.

This heart-warming story was published by The Fiji Times on January 5, 1979.

John Hale, who was 59 at that time, worked as a fitter with Shell Co Ltd (now known as Total) for 23 years, broke his spine when he slipped near his home.

Mr Hale said his former workmates visited his home occasionally with $40 or $50 donations plus essential domestic goods such as washing soap and kerosene.

Mr Hale said he was very thankful to these “very considerate people” and without them, life would be even tougher.

Mr Hale was retired by the company after the accident and was given $2000 as compensation and pension money.

“The money is almost exhausted, and we have been living mostly on destitute allowance,” he said since coming out of the hospital.

At that time, he was getting $27.50 a month as an allowance from the Social Welfare Department. His wife helps him by weaving mats and selling them.

They have a 10-year-old child, Joe, who was a Class Five student at Marist Primary School in Vatuwaqa then. Mr Hale said he would do everything he could to educate their son.

“Joe is a bright boy and his results from school have been very encouraging,” his father said. Mr Hale, of Solomon and Tongan descent, does not have many relatives in Fiji and that makes it even worse for the family. Mr Hale said that before the accident he had many plans for the family.

“Now it will be just dreams.

“My wife’s son from a previous marriage has been extending our house but has left for America.

“I don’t think it will be completed or my other plans realised.

“We have been meeting all our bills and we are doing our best to cope and live a decent life.

“I was in the hospital for eight months, but this time I’ve been fighting to walk again.

“Now, after three years, all my hopes to walk the streets again are slowly vanishing,” he said.

The family spent a quiet Christmas at their Raiwaqa home, as were the two previous Christmas.