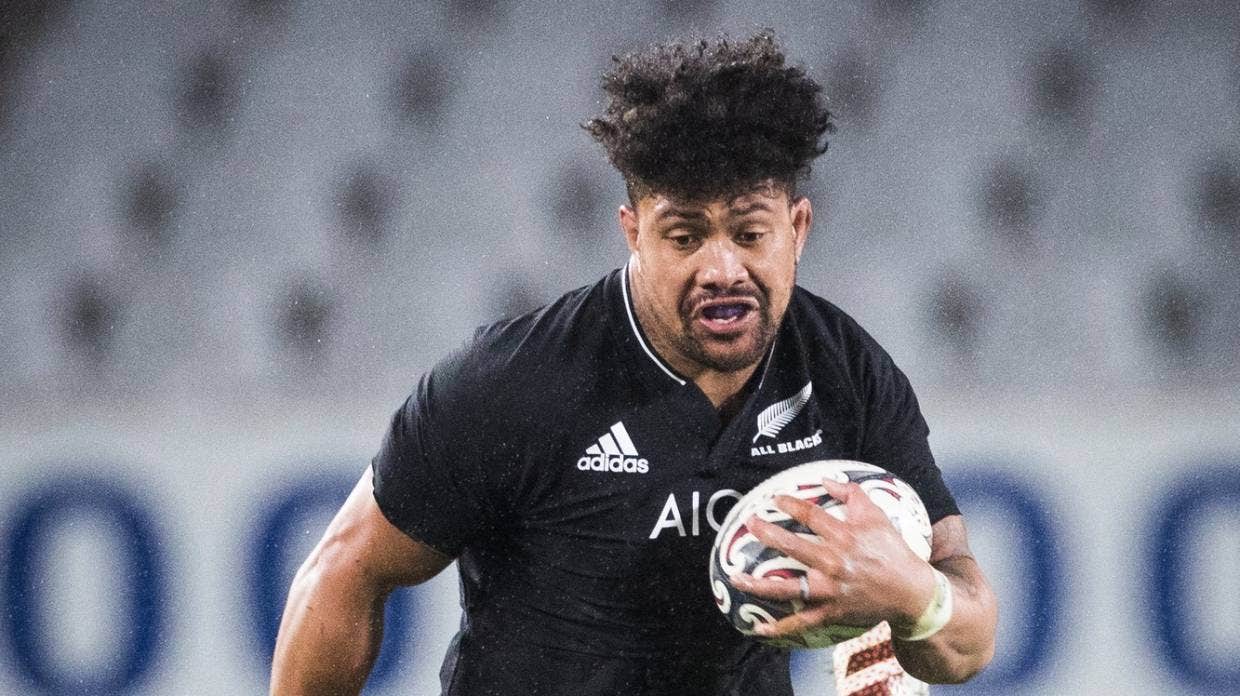 Ardie Savea is no longer the captain of the All Blacks, but is certain to start at either No 8 or openside flanker against Wales in Cardiff. Picture: RICKY WILSON/STUFF

Being unencumbered by the captaincy could empower All Blacks loose forward Ardie Savea to create fireworks against Wales in Cardiff.

The question is whether Savea lights the fuse at openside flanker or No 8, when the sides clash at Principality Stadium on Sunday morning.

Savea hasn’t played since lock Sam Whitelock replaced him as skipper for the northern tour, the latter leading the All Blacks in the 104-14 demolition of the United States last weekend while Savea was nestled in the bleachers.

Although Savea played openside flanker in the 31-29 loss to the Springboks on the Gold Coast on October 2, All Blacks assistant coach John Plumtree delivered a sharp reminder of what he believes he can do with a different number on his back.

“The thing that comes to my head with Ardie Savea is his ability to carry the ball, and I think at No 8 he will get more opportunities to do that,” Plumtree, who is in charge of the forwards, said.

“And we need that type of carrier. He is pretty relentless with the ball, hard to bring down. Not a big man, but got a lot of fight.”

Where Savea starts in Cardiff is one of the major talking points ahead of the team being named on Friday.

While few, if any, punters would argue that he deserves to start in the loose forwards, some reckon Savea best serves the All Blacks at openside flanker to allow a bigger man to work off the back of the scrum.

Luke Jacobson started at No 8, with Akira Ioane at blindside flanker in the second game against the Springboks. The same trio were named a week earlier against the Boks in Townsville, but Savea switched to No 8 when illness forced Jacobson to withdraw and Ethan Blackadder was promoted to openside flanker.

Dalton Papalii, Sam Cane, Savea and Blackadder all have experience at No 7, although Cane isn’t likely to play in Cardiff after his first test of the year in Washington DC last weekend.

Plumtree was of the view that Savea, if he played No 8, could still fulfil the key tasks expected of a specialist fetcher. The big challenge, Plumtree added, was getting the ball in his hands to enable him to be a threat.

“And then he can still play excellent support roles, and still steal or poach possession, whatever term you like to use. I like Ardie playing at No 8 for the fact that he can carry.

“He is one of our strongest carriers in the team, and we need that.”

Several of the All Blacks coaching staff have previously worked with teams in Wales. Plumtree guided Swansea for several years from the late 1990s, and another assistant, Brad Mooar, was in charge of Scarlets before being recruited by All Blacks head coach Foster.

Tactics, from both sides, may hinge on whether the stadium roof is closed for the test. If not, and it rains, both teams are likely to be kick for field position.

“They are a very patient side, they build a lot of pressure through carrying the ball of No 9, particularly,” Plumtree said in reference to recent performances from Wales.

“And they will be patient with their kicking game as well, they will use that to gain territory.”