A place to call home – Settlers of Tamavua-i-Wai 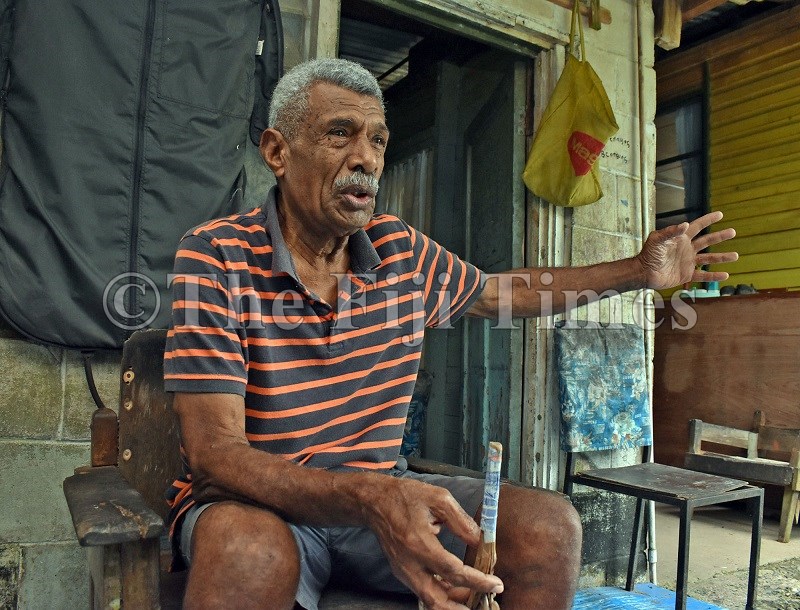 DETAILS of who were the original iTaukei families that first settled at Tamavua-i-Wai settlement in Suva are still unclear.

But for 78-year-old Maciu Turagavou, the hunt for better opportunities led him to build a home in the area 50 years ago.

He said from the limited knowledge he had, the first settlers in the area were descendants of Solomon Islanders and they could have set up home around 1910, during the colonial period.

He said iTaukei families moved into the settlement around 1935.

Mr Turagavou said today, the community comprised of descendants of Solomon Islanders and iTaukei families from different villages around the country.

He said for most of them, better education possibilities for their children was one of the driving forces behind their move to Suva.

For most families, he said, the idea of finding a place to own where they could build their lives was entrenched in their minds especially because the cost of housing in Suva was beyond their reach.

And so people opted to find a piece of land, which they could afford, where they could borrow from friends and relatives and build their own homes.

A few years ago, Government gave 99-year land leases to families in the area.

Tamavua-i-Wai consists of three major settlements at the mouth of the flood-prone Tamavua River.

According to Mr Turagavou, the first Anglican Church was established in the area. Government’s subdivision program commenced at Tamavua-i-Wai in 1983 and that was when the majority of Melanesians who used to live in the area were forced to vacate their properties because the oral agreement they had with the government was not considered.

Mr Turagavou said around 1986, the Melanesian families in the area were given notices to leave and they were also ordered to purchase the land they were occupying — some fought tooth and nail to stay.

Mr Turagavou reminisced on how iTaukei families then began moving into the area and how the settlement had developed over the years.

He said he moved into the area after he left Vanua Levu in the 1970s.

For years, he said, those living in the area had to track through thick bushes to try and get to the main road.

He said the track they used could lead them to the main road or to Delainavesi, where they would get on punts which would drop them off in the city.

Mr Turagavou said development in the area commenced in the 1980s and a man called ‘Sir Narayan’ was instrumental in bringing in changes to the area.

He said water pipes were available in the area then and families also made use of the streams and rivers in the area.

He said the construction of roads took a bit of time because the landscape varied.

Mr Turagavou said until the present time, some people he grew up with were still amused at how the place had developed, especially after the construction of the road.

He said he is a fourth-generation member of his family and until today memories of how they moved into the area still lingers in their heart.

Mr Turagavou said the majority of them struggled to make ends meet and, at the same time, tried to give their children a better life.

Families in Tamavua-i-Wai have learnt to make use of the available resources around them.

They utilise the land around their homes and plant root crops and vegetables.

Mr Turagavou also said families were also dependent on fishing for their livelihood.

Over the years, he says, the settlement continued to thrive as it strived for progress and along the way they continued to contribute to national development.

One of the few projects the settlement is involved in is the Revitalising Informal Settlements and their Environments (RISE) project.

Led by Monash University alongside a global consortium of partners, RISE
is working to transform the lives of more than 3000 Fijians living in informal settlements by strengthening access to essential water and sanitation
services and creating a healthier environment.

The settlement is piloting the project in Fiji.

While at the settlement, Ms Ardern met residents and even displayed a powerful gesture that resonated with all who witnessed the event.

“I was touched by your words and from your words, I get the feeling, well I hope I’m not being too presumptuous in saying this, I’d like to think now that perhaps
I can become now instead of prime minister here, I can just be your friend,” she told residents of Tamavua-i-Wai.