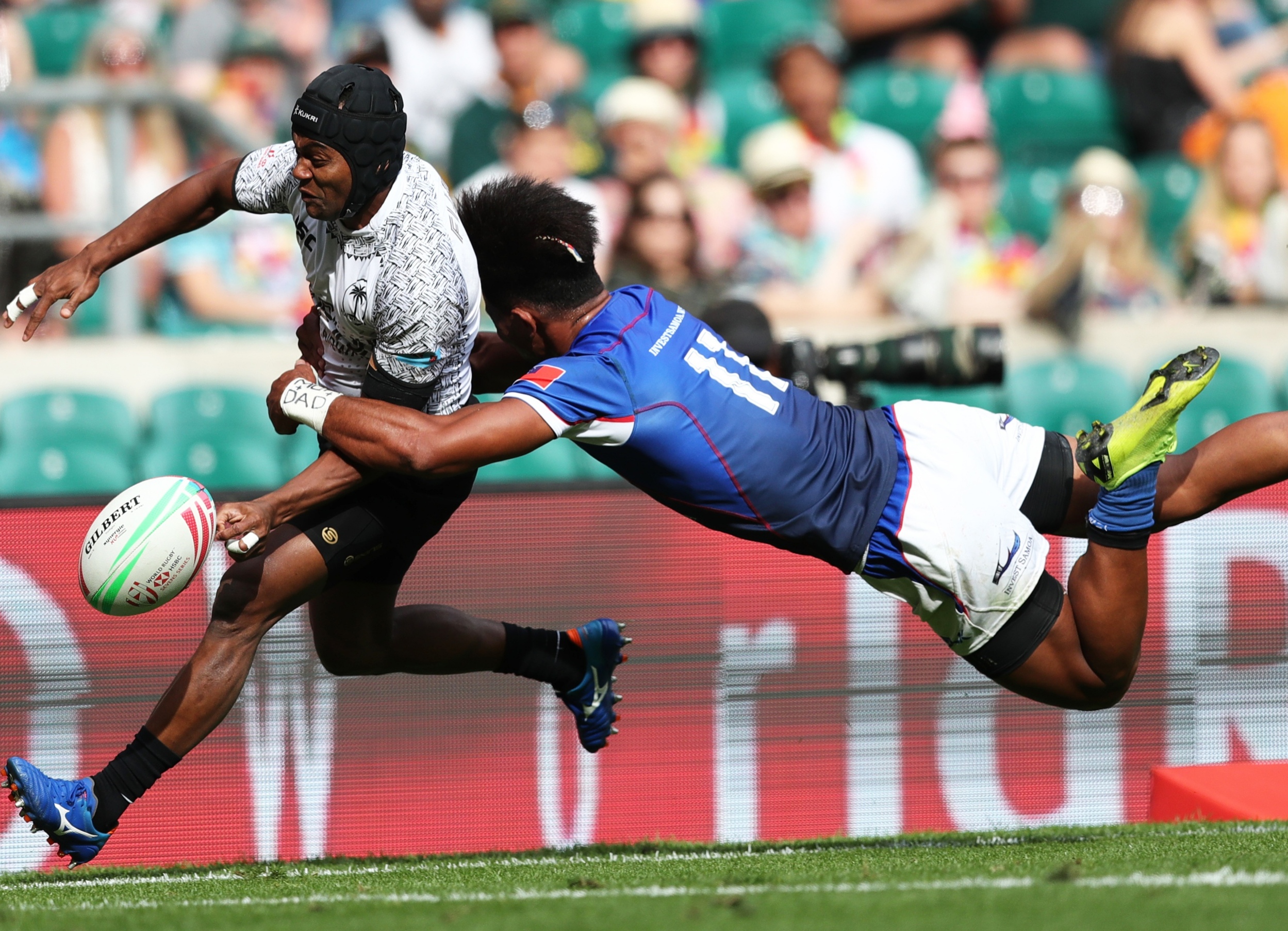 FIJI has a chance to lead the World Sevens Series if it beats USA in their semi final match at the HSBC London 7s.

This after Fiji beat a strong and determined Irish side 33-24 in their cup quarterfinal.

USA currently leads the series with 145 points, three ahead of Fiji.

The cup quarterfinals had a couple of upsets with South Africa losing to Australia and New Zealand to France.

The Americans bundled out Nathan Hirayama’s Canadian outfit to book a date with Fiji in the semi final.

Fiji struggled against Ireland after the latter drew first blood scoring two unswered tries to lead 12-0 in the first two minutes of the game.

Fiji bounced back with three unanswered tries. Waisea Nacuqu, back in the series from injury, converted all three tries to give Fiji a 21-12 lead at the breather.

Vilimoni Botitu scored under the posts at the restart of the second half to extend Fiji’s lead to 26. Try was converted for another two points.

But the Irish bounced back with two tries of their own. Ireland trailed 24-28.

A yellow card to Ireland gave Fiji an opportunity to capitalise through Asaeli Tuivuaka. Try was unconverted but a breath of relief for Fijian supporters as Fiji confirmed its semi final spot.

Fiji will meet series leader USA at  2.10am Fiji time.