2019 Battle of the Giants: Pool draws this Thursday 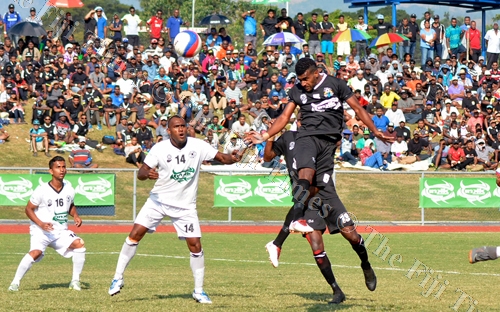 THE 2019 INKK Mobile Battle of the Giants pool draws will be held this Thursday in Nausori.

It will be held at 11am in the Nausori Market car park.

“We have started our preparation for the BOG and first will be the pool draws, “he said.

‘Rewa as host and defending champions Ba will lead each pool while the other six districts will be drawn respectively, “said Pal

He said the tournament would be played on same format as last year in two weekends.

“The tournament will be played in two weekends with the pool matches played from July 26-28 at Ratu Cakobau Park in Nausori while the semi-finals and final staged a week later,” he added.

Pal urged fans to come out and witness the pool draws and win prizes.

“There will be lot giveaways for the fans and I urge them to come out in number and witness the draw,” said Pal.

Last year Ba defeated Suva 2-0 in the final with goals from Abbu Zaid and Samueal Nabenia in the extra spell of second spell of the second half at Churchill Park in Lautoka.